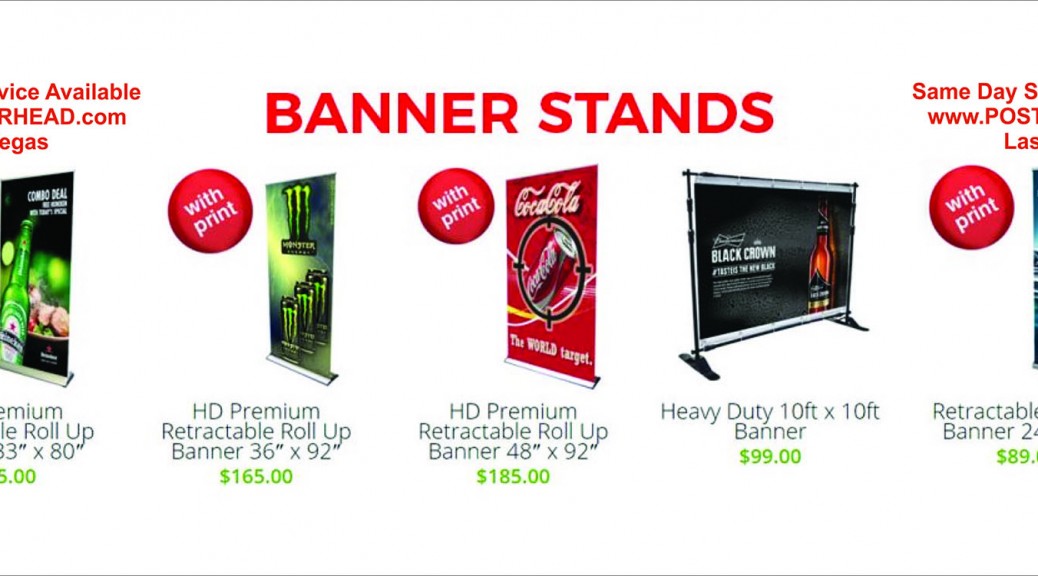 Trade show retractable banners 89109 are available for the conventions and trade shows in Las Vegas at very good pricing. Retractable banners are one of the most popular and best selling display graphics for events and shows. Partly, because they are inexpensive and also because they are self standing and can be placed anywhere in your booth, which makes them very versatile.

Trade show retractable banners 89109 come in a variety of sizes to make sure you have the right size display graphic. While the 33″ wide model as shown here: http://posterhead.com/banners/banner-stands/hd-premium-retractable-roll-banner-33-x-80/ seems to be the favorite width, these banner stands come in widths of almost 5 feet wide. Often. vendors will order 2 or more of the wide banner stands and place them next to each other in order to make it look like one large graphic. This allows for vendors to set up their own display booths and save money from hiring union workers at the convention venues.

Retractable banners can be purchased at most sign shops. However, many vendors prefer to have them printed and made locally to make sure they are not lost or damaged while being transported to the Vegas area.