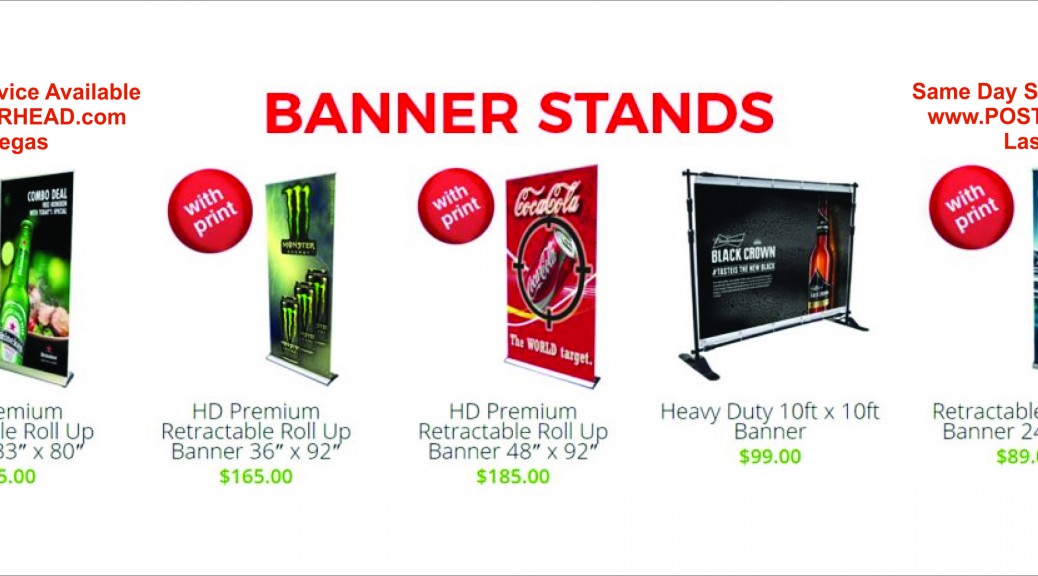 Convention booth banner stands are not expensive and can often be printed the same day. There are many sign stores that service the convention industry that have state of the art large format printers that can print banner stands quickly and with great quality. The newer large format printers utilize the 8 color ink system that mixes and matches inks to get bold and vivid colors. These printers can print very fast which allows for a short turnaround on banner stands, signs and banners. This is important because with all the conventions that Las Vegas has annually, many banner stands are needed for these events.

Las Vegas convention booth banner stands can be found at sign stores that cater to the convention venues. They are generally located within a mile or two of the big convention centers and delivery is available to your location or hotel room.