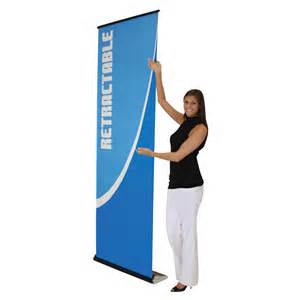 Retractable banner stands are very popular for Las Vegas conventions and Las Vegas trade shows.  There are numerous advantages to the end user that make them very popular.