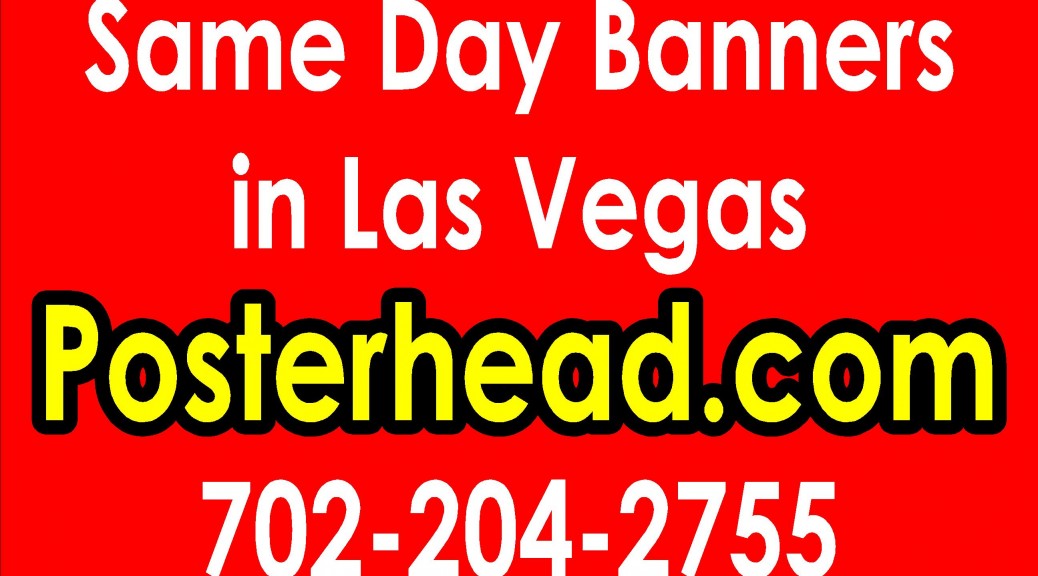 Las Vegas media wall banners allow for a background banner to contain the logo or name of the event sponsor. The logos or names are methodically placed on the banner so that from no matter what view point, the logo or name is recognizable and is photographed or videoed in the background. This gives publicity to the sponsors name. Imagine if a celebrity like Kim Kardashian had her photograph taken against a background where the name of a company appeared. That company name would be literally be seen by hundreds of thousands of people looking at her photograph. That is a lot of publicity for a company sponsoring an event.

Las Vegas media wall banners are cheap and inexpensive. The average cost of a matte finish wall banner is around two dollars a square foot. A simple 10ft x 10ft media wall banner would cost around $200.00. The wall banners can be taped or fastened to a wall or there is an adjustable banner stand that allows for the banner to be moved freely with little effort. A matte banner finish is always used so as not to reflect light or a camera flash like a glossy banner finish would.

Las Vegas media wall banners come in a variety of sizes. It is important to match the size of the media wall banner with the event. A simple nightclub in Las Vegas that needed a background step repeat banner would probably be able to get away with a 8ft x 8ft size. A movie premiere with many stars would need a much larger background banner so that multiple photographs could be taken at one time.