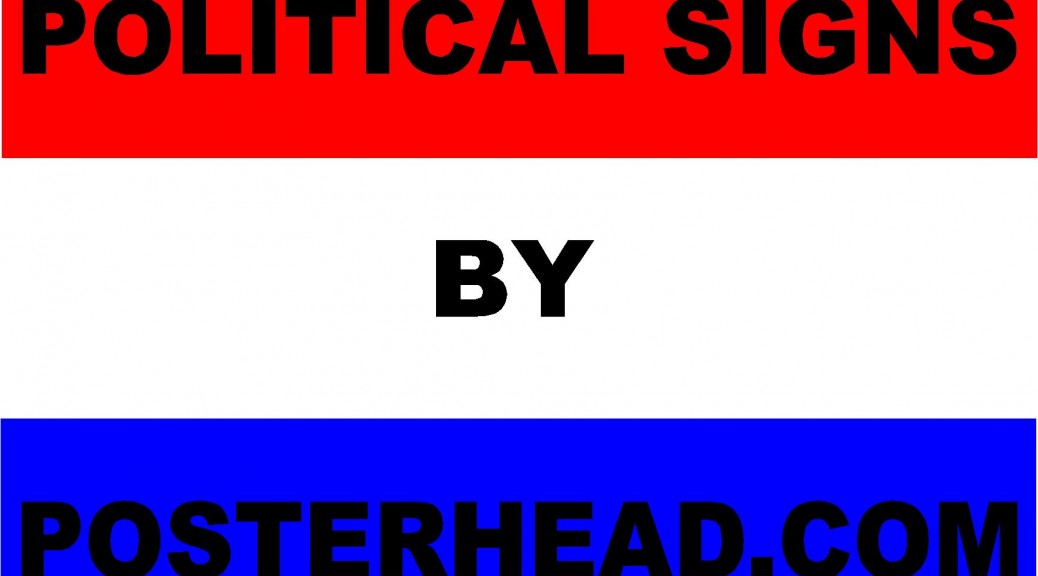 Lets take a look at some of the different types of political signs that are being used in Nevada:

Coroplast signs are a very affordable way to get your name out in front of the public. These signs can be full color, meaning you can have a variety of colors on them along with your picture ( a flag of Nevada or the United States as well) and are mounted on a 4mm coroplast that will allow the sign to last several months in the Las Vegas natural elements. They can be easily put up in people’s front yards and attached to fences and sign posts.

Large banners are increasing in popularity and they can be attached to large “A” frame signs made out of plywood and mounted on trailers or put on empty lots. These large signs can be 8ft tall by 16 ft wide.  The company www.LasVegasLargeBanners.com can make these large banners for you.  Otherwise, political candidates are doing 3ft x 5ft banners and attaching them to fences and other stationary objects to let people know they are running for political office.

Retractable banners are also popular when giving speeches at different venues because they simply are easy to put up and take down and can be moved to the next venue.

Car window signs and car magnets can allow candidates and their supporters to put their candidates name and potential office on their cars so that they can be seen by o9ther motorists as well.

Nevada political signs are very instrumental in getting elected to political office.